Learning Ruby - Don't give up

This is my very first post ever published and it is about learning this amazing language, Ruby.
in category programming
tags: ruby - introduction
I just released stup, a tool for easily keeping organized daily notes in the terminal. You can find it on GitHub here.

About 5 months ago, I was asked to join a Ruby on Rails project. After a lot of thinking whether I should switch to a new language after programming in Java for about 8 years or not I decided to do so. I was really excited actually and I couldn’t wait to start learning the new stuff.

Day one I had an introduction to the development environment. A text editor and a console. I said, “OK, this must be this guy’s thing, I’ll download an IDE”. Then I looked all the other devs’ monitors and still, no IDE. Black terminals and text editors. So I asked:

- We don’t have to, a text editor is enough.

The guy started showing me some code. After 8 hours of listening to words like haml, yaml, cancan, monkey patch, factory girl, coffeescript etc I left the office like this:

OMG, I took the wrong decision.

Back home, I started reading the book I had ordered: The Ruby programming language.

The moment I saw this code in chapter one:

I googled Ruby to Java converter.

I was very confused, everything seemed too different to what I had been coding for 8 years.

I didn’t know if Ruby was the next step for my programming future but since I decided to participate to the project I had to continue my effort.

And now, after 5 months I’m glad I did. And I managed, during this period of learning ruby, to develop an application in order to practice.

Even though this is related mostly to the framework I used (Rails), I didn’t have to setup any hibernate, jpa, transaction, jdbc etc stuff.

Everything was pretty smooth and with a little googling I had answers to any issues that came up. All that weird words haml, yaml, monkey patch etc are now what I consider “must use” stuff.

Yes, you get a little dizzy at first: 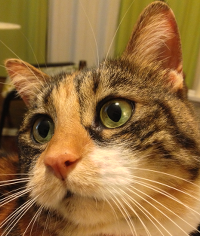 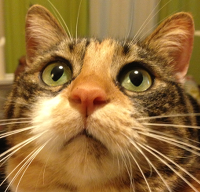 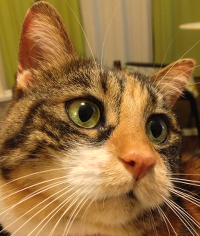 There is something here that makes Ruby developers feel happy. I don’t know how to express this something and probably it’s different for each programmer.

I love coding in Ruby (especially when it’s on Rails) and you will love this too.

Just give it some time.